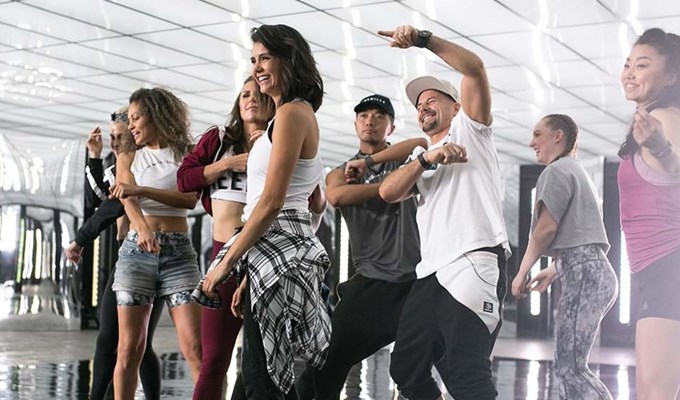 For many years scientists thought that once the brain was fully formed and at capacity that was it, from then on it slowly degenerated. “It was widely believed that, over the course of your life you lost brain cells, called neurons, and there wasn’t much you could do about it,” says Bryce Hastings, Les Mills Head of Research. “Now we know that’s not the case. Modern research shows that throughout your life the brain has the ability to adapt and regenerate – all it needs is the right environment.”

It seems that a dance workout could be the perfect setting.

“Getting your groove on is not just great for fitness, it’s great for your brain health too,” says Hastings. “For most of us dancing is both physically and mentally challenging. It combines the processing, coordination and execution of unique movements and requires a lot of genuine concentration.”

The latest research backs this up, demonstrating how dance can increase the number of cells in the brain’s hippocampus, the region of the brain responsible for long and short term memory as well as spatial navigation. It’s also the area of the brain that is most susceptible to decline as we age – so we need to look after it!

The study involved 52 exercising seniors. Over 18 months neuroscientists compared the effects of two different types of physical activity – dance and sports training – on hippocampal plasticity and balance. Half of the study participants participated in dance and half did a combination of strength, endurance and flexibility training. Both groups did two 90-minute sessions a week for six months, followed by just one 90-minute session a week for another 12 months.

Dance Yourself FitAfter the 18 months of regular exercise both groups saw an increase the hippocampus. But it was the dancers who also benefited from improvements in the right part of the hippocampus, an area called the subiculum, that is responsible for balance.

The study also highlighted how mixing up the music genres and choreography is beneficial, providing proof that regular changes in dance routine can make dance superior to repetitive physical activities such as walking or cycling.

This is clearly good news for dance lovers, and the perfect encouragement for anyone who isn’t a regular groover. “Even though we might find dance physically challenging, spending time dancing will pay off down the track,” says Hastings. “If you actively look to increase the amount of cells in the hippocampus it can potentially lower the risk of suffering from terrible conditions such as dementia and Alzheimer’s in old age.”