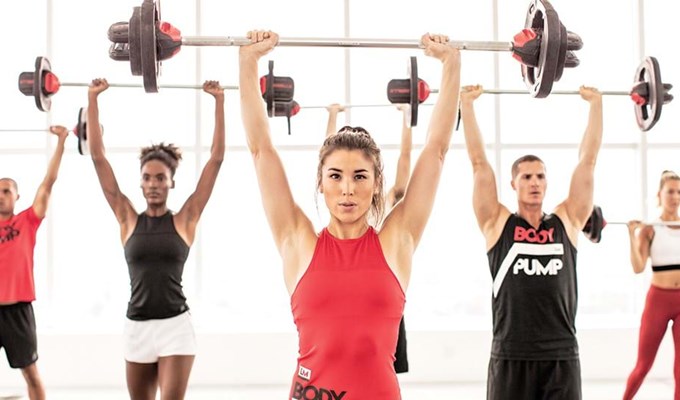 In this era of counting calories with programs like MyFitnessPal, it's tempting to micro-manage your food consumption based on what your calorie calculator suggests. While balancing calorie consumption based on activity can help you maintain a healthy weight, new vital research shows one type of workout may help you ditch your fitness tracking apps for good.

The New Zealand study, published in the Journal of Science and Medicine in Sport, was conducted by researcher Nigel Harris of Auckland University of Technology. It aimed to identify the different resistance training and intense cardiovascular workouts have on body fat reduction. The study shows that certain types of exercise can trigger far greater fat-burning and other healthy responses in the body than simple calorie counting practices.

The results fundamentally challenge the way we think about calories, demonstrating that different workouts have different effects on the hormonal and physiological changes that take place in people’s bodies, even if they burn the same number of calories.

HOW THE STUDY WORKED

Blood was taken from the participants both before and after each workout to measure their hormonal response.

The results were striking.

Levels of Human Growth Hormone (HGH) present in subjects after they had completed resistance training versus cardio cycling workouts showed that HGH was 56 percent higher after the resistance workout.

“Human Growth Hormone oxidizes fat and builds lean muscle tissue,” explains Bryce Hastings, the Head of Research for Les Mills. “That’s important for ongoing calorie expenditure because muscle burns more calories than fat. The more muscle you can build, the more calories your body will burn long-term. Combine that with increased fat loss and the result leads to rapid changes in body composition.”

The study also measured levels of Interleukin 6 (IL-6) - a chemical released by your muscles when you exercise. IL-6 plays a role in the body’s inflammatory response to exercise and is known to induce fat oxidation. This mean IL-6 is significant in exercise-related changes in body composition.

IL-6 was a statistically significant 3 percent higher after BODYPUMP than after the cycling session.

Finally, the study looked at Blood Lactate. Levels were up to 81 percent higher after BODYPUMP compared to the cycling sessions. Lactate levels build when the muscles work hard, and it is the accumulation of lactate from exercise that sparks the previously mentioned growth Human Growth Hormone (HGH) response.

According to Harris, the results of the study also have implications for exercisers relying on simple fitness tracker measurements of calorie output during their workouts or training sessions. “Calories matter," Harris says, "but so does the effect of an exercise session on hormonal and physiological responses, which are known to have positive, long-term effects on body composition. A wearable device which only measures heart rate and calorie count may, therefore, be too limited a tool to get an adequate understanding of the other, arguably more important, adaptations taking place in our bodies when we exercise.”

In short, the beneficial effects of certain exercise types – such as resistance and high-intensity interval training – can last long into the recovery period, well after the actual workout is over. Meaning your calorie calculator or fitness tracker isn't getting the whole picture.

Overall, says Hastings, the new study points to how much more people need to know about the effects of certain exercise types. “It’s complex, he says, “and just counting calories misses a big part of the jigsaw. We now know that.”

Remember when you’re deciding what exercise to do, it isn’t just about the calories burned during the workout. Consider the longer-term physiological benefits. When compared to an intense cardiovascular session, a workout such as BODYPUMP might have a lower calorie burn during the 55-minute class itself. However, as this study shows, its impact on metabolism and body composition is both significant and ongoing.

Are you ready to ditch your calorie calculator?