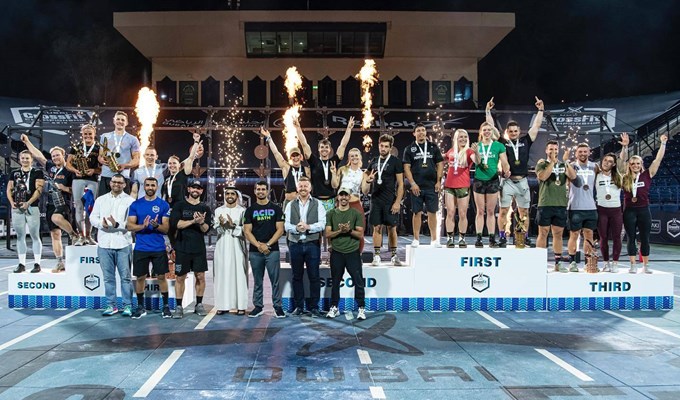 One of the main goals behind the Dubai CrossFit Championship is to bring together teams and athletes from all over the world, inspiring everyone they can reach to get involved and adopt healthy, fit-loving lifestyle habits.

CrossFit training is amongst the most gruelling physical endeavours that any of us can put ourselves through, and CrossFit gyms and competitions reflect this. Since it first began in 2012, the Dubai CrossFit Championship has consistently supported and garnered support from some of the highest calibre of CrossFit athletes in the world.

The Dubai CrossFit Championship began in 2012. Online qualifier athletes travelled to Dubai from all over the world to compete across the many CrossFit gyms, boxes and venues that the city boasts. The finals came a few weeks later, providing a great platform for the local fitness community to thrive and compete amongst themselves: the championship’s popularity was obvious from the word ‘go’ and it has flourished ever since.

By 2017, fuelled by the event’s mounting success and the ability to qualify online, athletes were beginning to flood into Dubai from all over the world. A total of 72 athletes took part in the 2017 Dubai Fitness championship, representing 19 different countries from 4 continents.

Dubai CrossFit Championship successfully hosted the 1st sanctioned event in 2018, setting a precedent and paving the way for the coming season.

Training for CrossFit in Dubai

There are many CrossFit gyms in Dubai and across the UAE. The championship itself is hosted across multiple venues. If you’re living in Dubai and want a good place to train, there are a few options. However, of these, GymNation venues stand head and shoulders above competitors for their affordable, flexible plans and range of equipment, specialities and classes and FREE CrossFit classes!

GymNation gym memberships are at the top of the industry for value for money and world-class facilities. They have venues throughout Dubai, all of which boast an urban, industrial aesthetic combined with top-quality equipment, hundreds of free, world-leading fitness classes per month and separate areas for boxing, lifting, cardio and studio work. They are low cost, have a friendly, community vibe whilst delivering expert fitness services.

If you want a great space CrossFit training, for taking part in WODs and generally putting yourself through your paces, GymNation is the place for you.