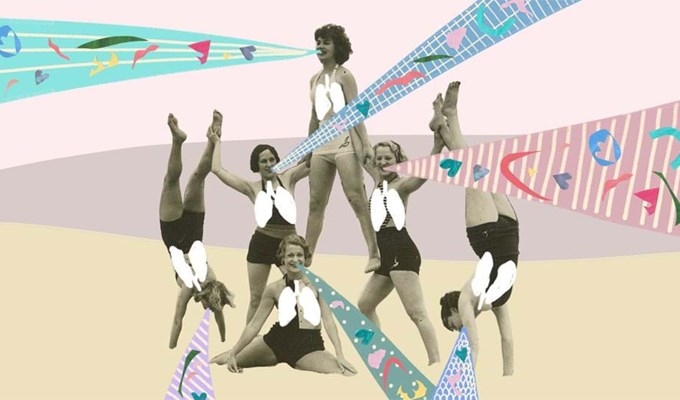 It’s no secret that fat-loss is a modern obsession. Most of us have some fat, most of us want to know how to lose it. The health and fitness world has become saturated with bronzed-bodied role models and infomercial sales-people offering 30-day weight loss diets, get-ripped-quick pills and schemes for a fat-free physique. How enticing it all sounds.

With so much interest in fat-loss, it is surprising that one question never seems to get answered. When fat leaves our bodies, where does it go?

If you’re unsure, you’re not alone. A 2014 study shows that when it comes to fat-loss, even health professionals are confused. Some believe fat turns into muscle, or that it leaves the body via the colon, both of these answers are incorrect. Other professionals believe fat is converted into energy and lost as heat. This theory disobeys the fundamental law of chemical reactions known as the conservation of matter (or mass.) The law states that the same amount of matter going into a reaction comes out of it. Matter doesn’t simply vanish. Fat tissue is full of lipids (compounds that store energy.) Even if these compounds are broken down and generate heat, you’re still left with the same number of atoms you started with.

So, where does the fat go? In the 2014 study, out of the 150 doctors, dieticians and personal trainers asked, only three gave the correct answer.

You literally breathe most of it out! That right, the answer is probably happening to you right now. Fat is converted into carbon dioxide and water.

When you begin to run low on fuel you produce a hormone that, when mixed with oxygen, breaks down fat in order to use its energy. When fat is metabolized, it needs somewhere to go. Once converted to carbon dioxide and water, over 80 percent of each measurement of fat leaves the body as CO2. The rest is released as sweat and urine.

Unfortunately, this doesn’t mean you can get rid of any unwanted jiggle by simply huffing and puffing on the couch. When you engage in any form of physical activity, your body’s metabolic rate is raised significantly. A higher intensity workout will produce more huffing and puffing, more energy burned, meaning more converted fat is expelled.

So take a deep breath next time you train to boost fat-loss. Knowing that fat is actually leaving your body via your lungs might even make those extra reps a little easier to get through.