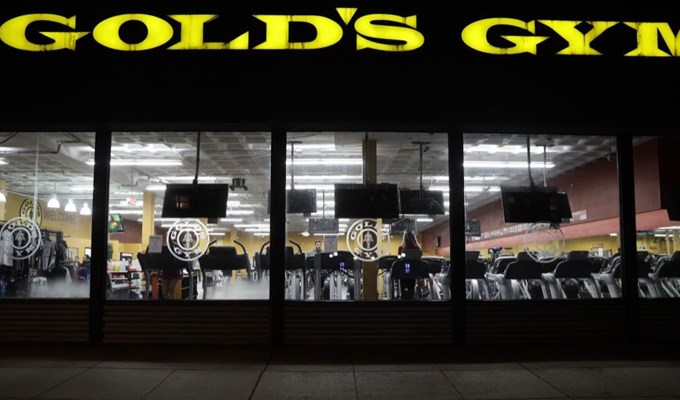 THANK YOU, WE WILL BE IN TOUCH ASAP

GIVE YOU FRIENDS A FREE DAY PASS.

COPY AND SEND THEM THIS LINK AND WIN BIG PRIZES!

Gold’s Gym has over 2.5 million active members across the world. But how did it all start and how did the brand become so widespread? Today, we will go back to the origins of this brand and see how Golds Gym near me became one of the most recognizable names in the fitness industry and how personal trainers did all they can to work there!

Gold’s Gym was founded by Joe Gold Gold was an actor, bodybuilder, and businessman. He opened Golds Gym in 1965, and he planned to have a place where he and his bodybuilder friends could join a gym and work out. He never expected to make a large fitness chain spreading across the whole world and even as far reached as Golds Gym UAE.

Joe was in the army before opening the gym, and this is where he learned discipline and hard work. He owned the gym for five years before selling it and the rights to its name in 1970.

The first Gold’s Gym was opened in Venice, California. It was the first gym ever made strictly for bodybuilders. Joe hit the spot as California was exploding with fitness enthusiasts.

Some of the best bodybuilders of those days had trained in that same gym every day. After the gym was sold, it became popular, and new owners started opening other clubs across the state. Soon they started opening Gold’s Gym in the whole US and then in the world and Golds Gym Dubai and Golds Gym Abu Dhabi soon followed with dedicated Ladies Gym sections. Gold's Gym offers were always very competitive but people joined because of the legends that could meet there more than the price of a membership.

At first, Joe’s Gym was strictly a bodybuilding gym. Not for just any bodybuilders, but the best of the best. Only people who personally knew Joe could come and train at his spot. They trained rigorously with lots of sweat and tears.

Naturally, the bodybuilding culture was still developing in 1965, and their methods were a bit “old,” but they made it up with extra work. As time passed by, the gym developed their programs and training based on Joe’s approach and began to put a strong focus on selling corporate gym memberships.

Today these gym offers all kinds of training programs, both individual and group. You can train in a wide variety of fitness classes, powerlifting, fitness, bodybuilding, CrossFit, and many other programs including Les Mills BodyPump.

Gold was one of the pioneers in gym facilities and bodybuilding equipment. He didn’t have a lot of money when he opened the gym and made all of the equipment himself. He engineered a lot of new equipment which is still made today.

This is what the members loved about this gym as they felt that their exercises were effective and gave them results. At the moment, this is one of the best-equipped gyms in the whole world.

If you get the chance, visit the original Gold’s Gym and any other Golds Gym locations. It’s one of the most iconic places in fitness, and anyone should check out the site where legends were built.